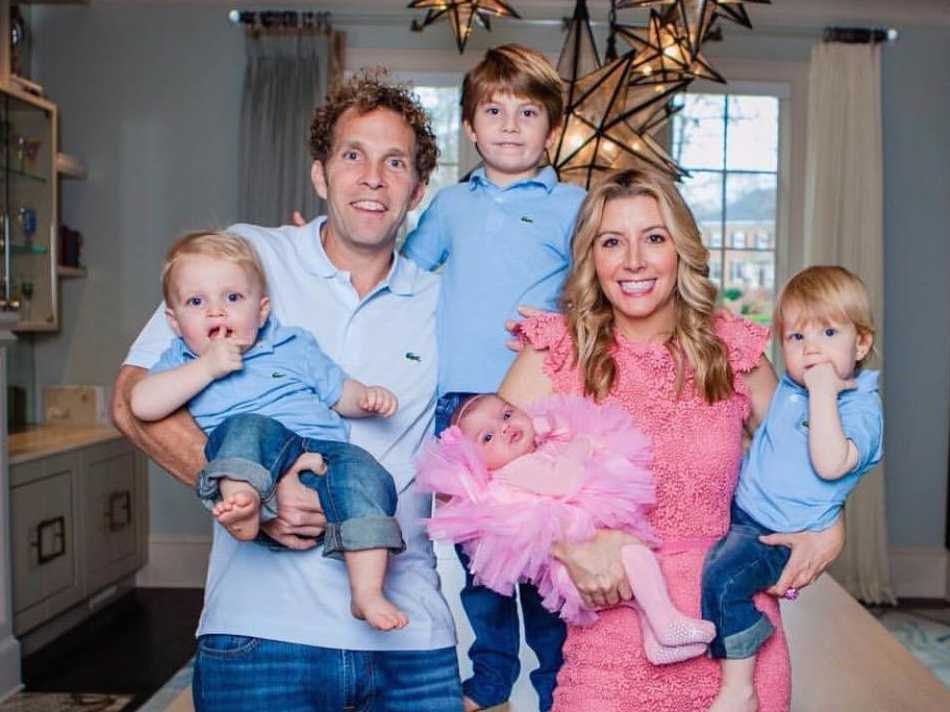 Sara Treleaven Blakely is a philanthropist and businesswoman from the United States. Spanx, an American intimate apparel brand based in Atlanta, Georgia, was founded by her. Blakely got selected to Time magazine’s annual “Time 100” list of the world’s 100 most successful people in 2012. Forbes ranked her as the world’s 93rd most powerful woman in 2014.

Blakely was born in the city of Clearwater, Florida, on February 27, 1971. Ellen (née Ford), an artist, and John Blakely, a trial lawyer, are her parents. Ford Blakely, an artist, is her younger brother. She was a member of the Delta Delta Delta sorority at Florida State University and graduated with a communication degree.

Sara Blakely is the creator and CEO of Spanx, a shapewear company that offers underwear, leggings, swimwear, and maternity wear in more than 50 countries. Blakely, who used to sell fax machines door-to-door, created a makeshift undergarment out of pantyhose and wore it under white pants. She first promoted her innovation, which evolved into the shapewear brand Spanx on the sales floor of several Neiman Marcus locations.

While Spanx is a celebrity darling, Blakely is quickly becoming one. She appeared in the film ‘Billions’ and is a guest judge on ‘Shark Tank.’ The New York Times reported in June 2021 that Spanx is considering a sale that would allow Blakely to keep partial ownership in the company.

She had intended to become an attorney, but after receiving a poor score on the Law School Admission Test, she changed her mind and accepted three-month employment at Walt Disney World in Orlando, Florida. During this time, she also worked as a stand-up comedian on occasion.

Blakely accepted a position with office supply business Danka, where she sold fax machines door-to-door after her brief tenure at Disney. She was a sales prodigy, and at the age of 25, she got elevated to national sales trainer. Blakely disliked the appearance of the seamed foot while wearing open-toed shoes since Blakely had to wear pantyhose in the hot Florida heat for her sales job. But she enjoyed how the control-top model eliminated panty lines and made her body appear tighter.

She married Jesse Itzler, one of Marquis Jet’s co-founders, at the Gasparilla Inn and Club in Boca Grande, Florida, in 2008. They met at a Net Jet Poker Tournament and dated for a year before getting married. Actor Matt Damon attended the wedding, which featured a surprise performance by singer Olivia Newton-John. They have four children together. They frequently collaborate on business and lifestyle topics at conferences and events. She is a Judaism convert.

Blakely came in second place as a competitor on The Rebel Billionaire in 2005, introduced her to Richard Branson, who later supported Blakely in her business and philanthropic initiatives. She later appeared alongside George Foreman, Pat Croce, and Peter Jones as the judges on ABC’s reality television series American Inventor. In seasons 9 and 10, she appeared as a guest investor on multiple episodes of Shark Tank.

Blakely established the Sara Blakely Foundation in 2006 to assist women through education and business training. Richard Branson functioned as Blakely’s mentor and surprised him with a US$750,000 cheque to create the Foundation at the end of The Rebel Billionaire.

Blakely first appeared on Forbes’ list of the World’s Billionaires in 2012 as the world’s youngest self-made woman. In 2020, she dropped out as her shapewear company, Spanx, suffered in the face of new competitors and the pandemic. This new contract reintroduces her to the upper echelon of society. She has a net worth of $1.2B as of today.

This is it!! For more such news, keep in touch with us!!