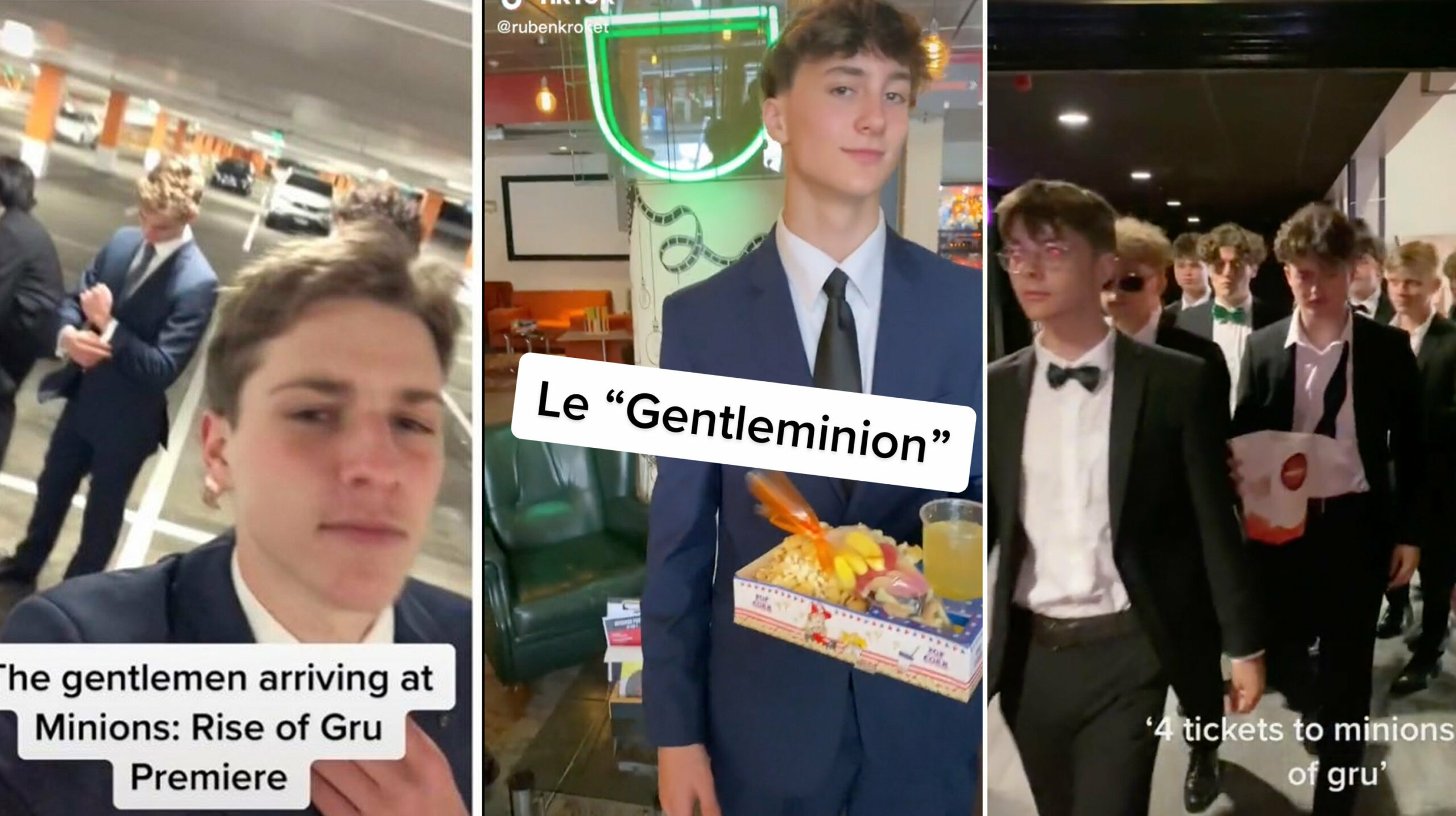 Every other day, a new trend emerges and goes viral on TikTok. Plenty of trends have garnered the attention of the netizens so far. The latest trend that has become the talk of the town is the viral Gentle Minions trend. Users have shared multiple videos on the trend and have gained millions of views and likes. While many seem to be taking part in the new challenge, many are confused about it. Do you also happen to share the same curiosity too? Well, check all about it in the article below.

SEE MORE: What Was Kishore Das Cause Of Death? Assamese Actor Dead At 31 How Did He Die?

According to rexweyler, in the countless videos shared on the video-sharing platform, teens are seen dressed in their finest outfits as they visit their nearby cinema. Attending the screenings of the brand-new animated picture, Minions: The Rise of Gru, are large groups of young men dressed in a black suit, a formal shirt, pleated slacks, and a tie. These teenagers are dressed to partake in the Gentle Minions craze, from entering malls to riding the escalator.

What Is TikTok Gentle Minions Trend?

Additionally, as soon as they enter the theatre, they sit in a row, occasionally throwing Minion symbols, and clapping to show their appreciation for the movie. Undoubtedly, the Minions film franchise has garnered immense popularity among fans. To show their excitement and love for the newly released film. the fans are reaching the theatre in the above-mentioned attires. Well, let us tell you that they are getting banned from movie theatres.

Reportedly, their outfits, clapping in between the scene and making the minion gestures are creating chaos. Due to this reason, teenagers are getting not allowed to enter movie theatres. Although the trend is going popular in every country, it has gotten more fame in the UK. The teens dressed in black suits are also seen distributing bananas inside the theatres. Despite the Minion trend being so unique and interesting, movie theatres have banned these teenagers in formal attire to enter their premises.

They have issued a notice which reads, ‘Due to recent disturbances following the Gentle Minions Trend, any group of guests in formal attire will be refused entry for showings of Minions: The Rise of Gru.” However, the teens do not seem to take this notice seriously as they are still participating in the viral trend. It is no doubt to state that this viral trend has gotten everyone’s attention and has become one of the most trending topics on social media.