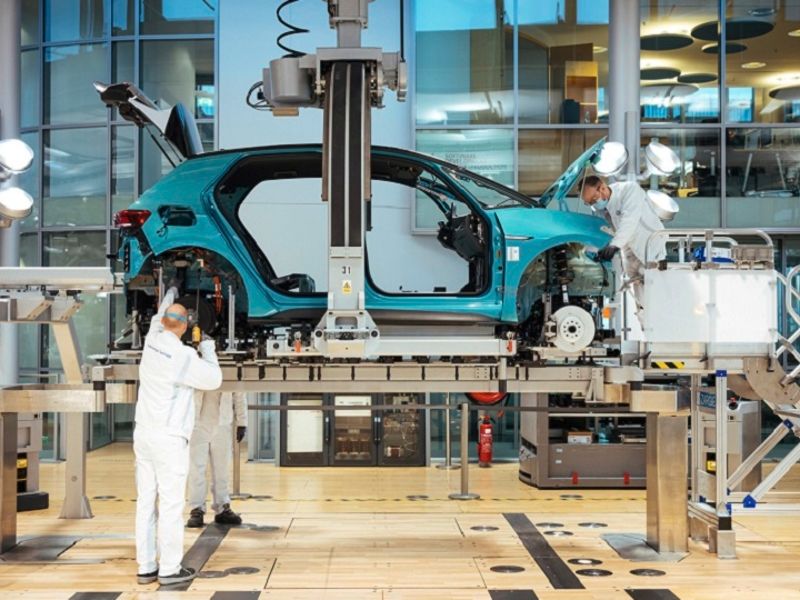 Volkswagen Group plans to reconsider its strategy to achieve an autonomous, zero-emission future because the German automaker will compete with major competitors such as Tesla in the coming days. The Volkswagen Group intends to further expand its share of the electric vehicle market in the next few years, as the chairman of the management committee Herbert Diess stated that their goal is to re invent as a car brand by the end of this century.

At the virtual shareholder meeting of the Volkswagen Group, CEO Herbert Diess said: “By 2030, we will reshape Volkswagen through our new car strategy. We are in the process of witnessing the beginning of the biggest transformation since the one from a horse-drawn carriage to the car in the 20th century.”

Diess said that the Volkswagen Group’s vehicles, including some popular brands such as Audi, Bentley, Bugatti, Lamborghini, Porsche, and Skoda, will be available with safe, intelligent, and ultimately autonomous driving. Herbert Diess stated that Volkswagen now wants to oust Tesla from its position as the world’s most popular electric car brand. This is a clear sign that e-mobility is the only significant method for reduction in carbon emissions from road traffic in the next decade Diess said.

“With the entire MEB Group’s electrical construction kit, Volkswagen will become the market leader in the mass volume terms in 2025. Thanks to our extensive ID family, ID.3, ID.4, ID.5, ID.6, and ID.BUZZ, we are building the most comprehensive power product portfolio in the industry,” Diss.

He also added, despite the challenges posed by Covid19 and the delivery in the crisis, Volkswagen delivered 170,939 electric vehicles to customers worldwide in the first six months of this year. Compared with the first year of 2020, Volkswagen’s growth has more than doubled.

In Germany alone, Volkswagen’s market position has improved, with a market share of approximately 20%, which is the strongest since 2016. The four best-selling models are Golf and Tiguan, followed by Passat and TRoc.

“With a market share of 26%, Volkswagen sold more electric vehicles in Europe in the first half of the year than any other company,” Diess said. The Volkswagen Group believes that it is time to accelerate the move towards global mobility by having its own production facilities in major electric vehicle markets outside Europe (such as China and the United States).