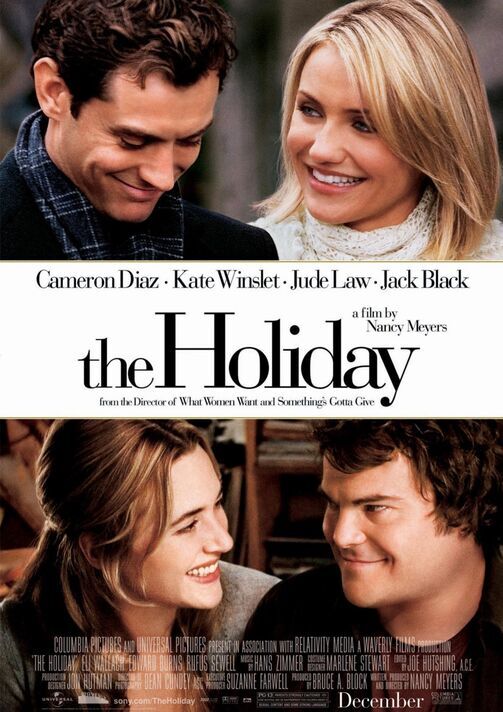 The Holiday is still widely regarded as a classic among Christmas films 16 years after its first release. Nancy Meyers, the film’s director and producer, put an end to speculations that the original cast will return for a sequel.

Producer Nancy Meyers has denied reports of a sequel to “The Holiday,” calling them “just rumours.”

It was speculated online that a sequel to The Holiday was in the works. A sequel, according to The Sun, is already in production. Production is scheduled to begin in the new year “an unnamed insider supposedly said. “All of the top performers have committed.

Nancy Meyers, however, is here to correct the record. Meyers’ previous romantic comedies include Something’s Gotta Give and What Women Want, and she served as producer, writer, and director on The Holiday.

A picture of a headline suggesting a sequel was uploaded by Meyers, who captioned it, “So many DM’s regarding this – sorry but it’s not true.” A spokeswoman for Kate Winslet told IndieWire that there would not be a Holiday sequel.

Despite rumours that production on a sequel to “The Holiday” would begin in 2019, Kate Winslet maintains that she has “never” been contacted for the project.

The story first appeared in Rupert Murdoch’s (News Corp.) British tabloid The Sun. According to their source, “the big performers are all signed and on board,” and shooting will begin “next year,” mostly in the United Kingdom and Europe. The Daily Mail, another British tabloid, boosted the story by repeating what seems to be questionable reporting from The Sun. As soon as Meyers read it, he took a screenshot to disprove it.

Both tabloids have a history of being unreliable (and we’ll throw in a media literacy hint while we’re at it: any significant Hollywood news that isn’t swiftly validated by Variety, The Hollywood Reporter, or Deadline should be regarded mere rumour, barring exceptional circumstances).
Disappointment and pleas for Meyers to make another Holiday film or a new Christmas-themed romantic comedy inundated the comment section of his Instagram account.