The Fed reacts to the BoE’s pivot September 2022 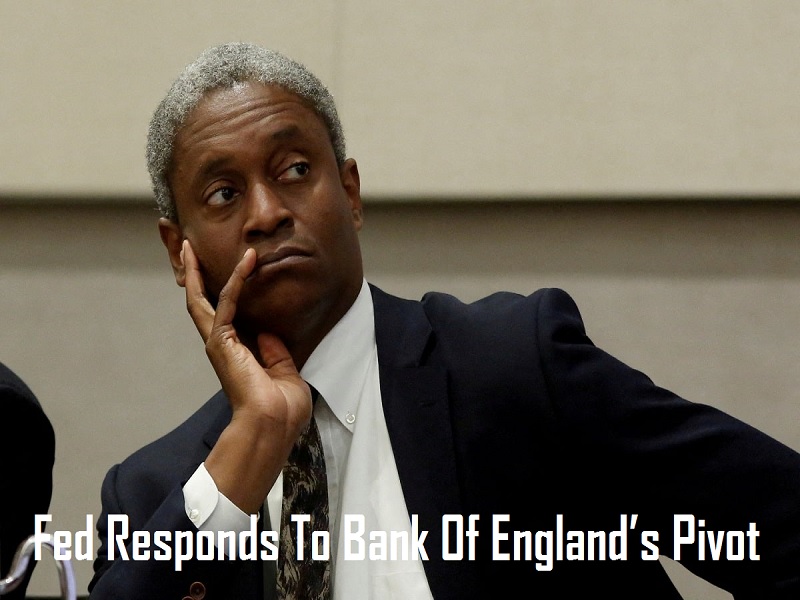 They opted to buy long-term bonds to hedge against a possible decline in gilt prices. The Fed has acted in response to the U-turn made by its British equivalent.

Atlanta Fed President and CEO Raphael Bostic has confirmed the Fed’s hawkish attitude. He promises to support another rate hike of at least 150 basis points before the year is out.

In total, there will be two more FOMC meetings held by the Fed before the year ends. The first gathering will take place on November 2, and the second on December 14. The Federal Open Market Committee (FOMC) is the Fed’s decision-making committee for monetary policy.

When Will the Fed Make a Turn?

The world’s central banks are tasked with preventing extreme economic events. When it came to lowering inflation, they adopted a hawkish attitude and implemented quantitative tightening. However, the Bank of England resorted to QE in an attempt to avert a financial disaster in the United Kingdom.

Stanley Druckenmiller, an American investor, thinks the Bank of England is making a huge mistake by switching strategies during an inflationary period.

Can a recession be avoided if one is to occur?

Although he takes a rather hawkish attitude, Bostic nevertheless holds out hope for a smooth landing. An economic downturn in the United States is not inevitable, in his opinion. Inflation may be decreasing because growth is slower than predicted or because the labour market is becoming more sensible.

But according to Druckenmiller, a harsh landing for the economy in 2023 is highly probable due to the Fed’s aggressive stance.