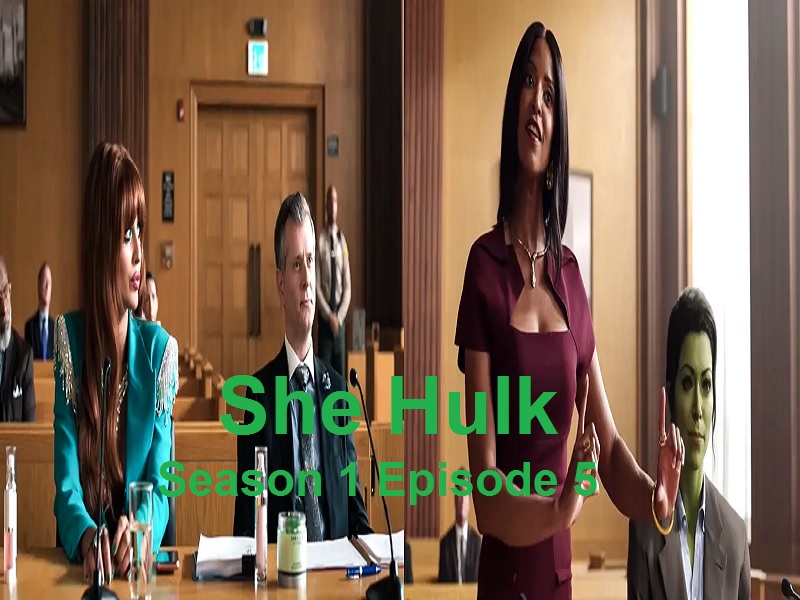 SheHulk Season 1 Episode 5 a minute video released on internet where Attorney at Law exploring Tatiana Maslany’s Jennifer Walters in her MCU debut. It an exiting moment for Marvel fans specially She Hulk lovers.

She-Hulk: Attorney at Law, starring Tatiana Maslany in her Marvel Cinematic Universe (MCU) debut as Jennifer Walters, is over halfway through its run on Disney+. And after viewers have witnessed some spectacular escapades in the first four weeks, Episode 5 is poised to thrust Jen into the centre of the action with her next battle.

Episode 4 was undoubtedly another excellent episode, showcasing the humorous legal case of Wong vs. Donny Blaze and introducing intriguing new characters like the partying dimension-jumping Madisynn. At the end of this latest chapter, though, Jen unexpectedly finds herself in a fight for her new persona, which brings Jameela Jamil’s Titania back into the picture after being sidelined for a few weeks.

Just before Wong and Madisynn’s post-credits tag, when Titania sued Jen for using the She-Hulk name after she had trademarked it.

Fans now have their first look at how Walters vs. Titania is brought to life in this new chapter, less than 24 hours before the next episode of the She-Hulk airs.

The First Full Footage From She-Hulk: Attorney At Law, Episode 5, Was Published by Marvel Studios.

Mallory Book (Renée Elisabeth Goldsberry), representing She-Hulk in court against Titania (Jameela Jamil), was featured in this clip. Book describes how, ever since her client entered the public eye, people have referred to her as “She-Hulk.”

Clip from “She-Hulk: Attorney at Law” Features Courtroom Clash Between She-Hulk and Titania

Book tells the judge and jury that “the defendant is leveraging goodwill towards [her] client and her better-known cousin” to promote her own brand, while Titania looks on in disdain. For Jennifer Walters’ legal claim to the She-Hulk moniker, this reintroduction of Bruce Banner is essential.

Titania orally rebuts Book and Walters in response to Book’s petition for “summary judgement and…remedies,” and then she offers the jury a sample of her foot cream as evidence.