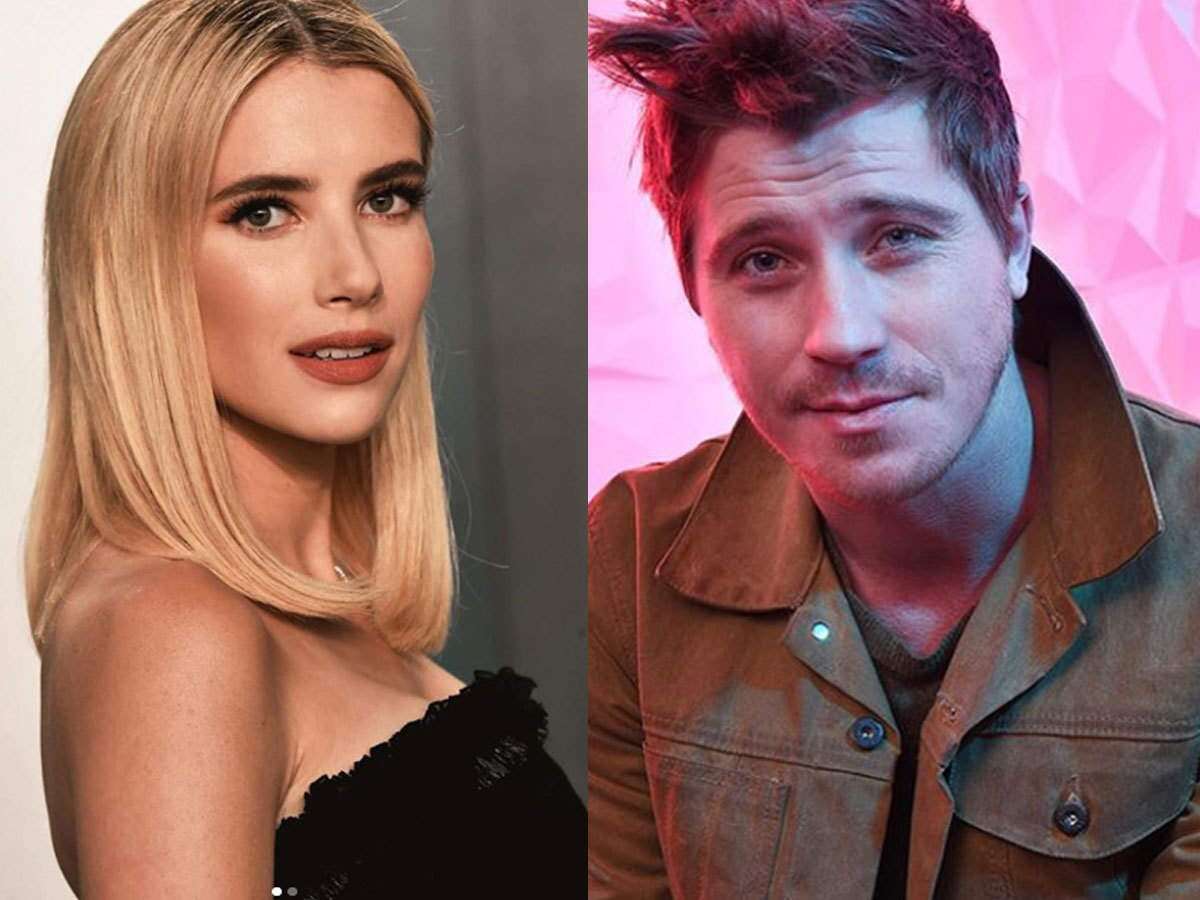 In March 2019, the media officials revealed the news of the romance of the ‘Country Strong star’ and his girlfriend ‘Scream Queens’ alum. However, the actress was previously engaged to her on- again and off- again fiancée, Evan Peters. Initially, when the news broke, an Insider said, “Garrett Hedlund and Emma Roberts have been friends, but this is new, casual and just a couple of weeks old.”

Initially, the couple was seen together in Los Angles, while strolling in the Silverlake neighborhood of the city and caught the attention of the media. Notably, that time, an eye- witness, claimed that the actor was holding Emma along with her arms and the pair was holding their hands together.

Speaking about Emma’s relationship with her ex-fiancée, Evan Peters, the co-stars were making the move for their separation, before the actress moved on. However, they both are now friends and continue to maintain friendly terms. An Insider said, “The costars were heading for a split before she moved on. Both of them are now just friends. Evan has moved out. It wasn’t a bad breakup.”

While speaking about their romance in public, the actress, 30 said, “It’s hard enough to be with someone by yourself, let alone with an audience.” Admitting, she claimed, “Growing up is hard. Sometimes it makes me sad that I can’t have a private moment. Because of Twitter and Instagram, there’s a whole other element where everybody can comment on what you’re doing, and no one knows the real story. That’s hard. … I know what’s true, and I know what happened in my own life, and so do the people that love me and who I love.”

In January 2020, a source while talking to US Weekly revealed, “The duo is just having fun and enjoying each other” without worrying about their next steps. “They are not talking about an engagement or wedding. They like hanging out and going out together, and their relationship is more fun than serious.”

Moving ahead, in June 2020 the media officials of US Weekly confirmed that the pair were expecting their first kid together. The actress shared a few of their pictures via her Instagram and showed off her baby bump along with the caption. Thus she wrote, “Me…and my two favorite guys,” she captioned photos with her beau while debuting her baby bump.”

Later in November 2020, it was reported that Roberts and her beau are just doing great as a love- couple and they are establishing their bond before their little baby arrives. An Insider, that time noted, “Emma and Garrett are getting more and more excited, which is so nice for them. Garrett is really looking forward to becoming a dad and feels as though this is something he needed. He is ready to take on all the daddy duties, and Emma getting pregnant has forced him to become more responsible. He thinks that’s a blessing.”

Soon, by December 27, 2020, the little son of the couple arrived and they named him Rhodes Robert Hedlund. The baby and her mother were just well and Rhodes was just fit and healthy.

In January 2021, Emma Roberts shared some glimpses of little baby, Rhodes, on her Social media, about a month later, he arrived. She made him introduce to her fans with his picture alongside a book, of her favorite author, Joan Didion. She added a caption, “Rhodes meets Joan 💫 @belletrist.” The picture was a black-and-white one, depicting the actress snuggling with their newborn kid.

Speaking about Emma, she began to date Evan Peters in 2012, soon after they starred in the film, ‘Adult World.’ In July 2013, the pair was in the media highlights for their dispute. Notably, Emma and Evan were together staying in a hotel and suddenly began to argue. On hearing their disputes, someone informed the Police Department.

Soon, after the heated-up situation and, they both began to hit each other. Consequently, the actress was arrested and Peters was played on the safe side, as Emma had no such immediate and visible injuries. Evans refused the Press charges and the actress was released soon, within some hours.

In a joint sentence, the ex- duo claimed the incident to be an unfortunate incident and a kind of misunderstanding and also mentioned that they are working on making their bond better. Soon, by 2014,  Roberts confirmed their engagement but later by 2019, the pair separated.

On the other hand, the actor, Garrett is just an admirable Guitarist and violinist. While working for the ‘Eragon,’ in Slovakia, he made his move along with his co-star, Jeremy Irons. Notably, Jenny was his personal instructor too, while he was developing the alternative violin techniques.

Later, he dated his ‘On The Road,’ costar, Kirsten Dunst, from 2012 till 2016, and they were shortly engaged before they separated.

The actor also shared his emotions and affection for this newest feeling of being a dad and spoke to ‘Extra at the Time,’ while in an interview. He said, “I’ve done a lot of dad things. The best part is we were just in Boston, my gal was working so it was every day all day with mister young man. My favorite part of every day was the bedtime stories [with] me telling him stories of his grandfathers, which was wonderful for me and hopefully him. It was just a really sweet, connecting dad moment.”

As a mom, she mainly focuses on self-care and wants to strengthen other mothers as well, by reflecting on her evolving fashion options and opinions. She reflects saying, “I am definitely less precious with my clothes because they’re going to end up very dirty by the end.”

Further, she clarified, “By the end of my pregnancy, I couldn’t even fit into pregnancy jeans, and I was so tired of wearing stretchy pants. So finally, when I could put on a pair of jeans—granted, they were much bigger than they were before—it was just so nice to really feel like myself again. I’ve been wearing jeans a lot now because I couldn’t for so long.”