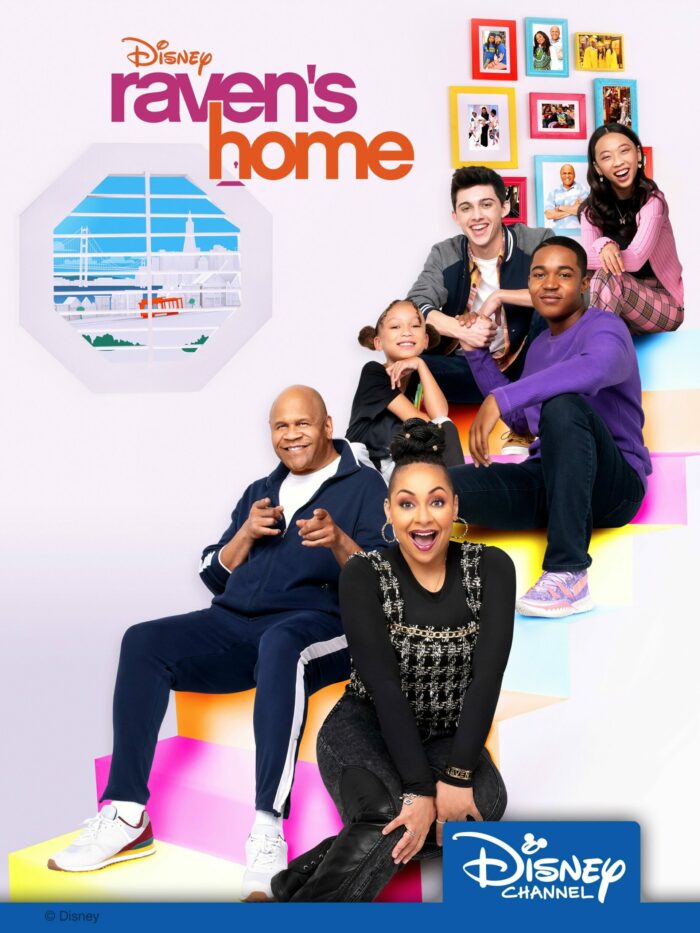 Disney Channel has renewed Raven’s Home for a sixth season, which star Raven-Symoné announced at D23 Expo 2022: The Ultimate Fan Experience presented by Visa®. Starring Raven-Symoné (who has won five NAACP Image Awards), who plays Raven Baxter, and Issac Ryan Brown (who has been nominated for an Emmy) who plays Booker, the hit spinoff is based on the groundbreaking comedy series from the early 2000s.

“Listen, I asked you guys on stage here today because I wanted to share a secret with you,” Raven revealed on stage to the audience and her costars. “Since this is a safe space, I want to share it with you all as well. We just got renewed for six seasons, and we are one of the longest-running live-action shows on Disney Channel, and hopefully, we can get a lot more. So thank you so much for your love and support. And you guys, congratulations!”

The release date for the sixth season of Raven’s Home on Disney Channel has not yet been announced. If we could see into the future like Raven, however, we’d predict that Season 6 will premiere sometime in 2023.

In order to care for her ailing father, Victor (Rondell Sheridan), Raven relocated to her childhood home in San Francisco for Season 5 of Raven’s Home, which premiered in March 2022. Raven told ScreenRant that she went through “a whirlwind of emotions” after seeing her on-screen father again for season 5.

My old bedroom is where my dad and I have had some of our best talks, and the kitchen is where we’ve gotten into trouble again. She gushed to ScreenRant in March of 2022, “It has really warmed my heart to know that we can go back to the house and people are excited about it.”

I get it, and I really value the support from fans of That’s So Raven and Raven’s Home. Those who have heard of it repeatedly exclaim, “I want to see this” because of how popular it has become in conversation. As time has gone on, however, my affection for the set has grown in tandem with our shared experience there. Upon finishing, I thought I was finished. Saying, “I was 15,” is a typical response. “I’m a fully-functioning adult.” So now I’m all, “… Dad? So, it’s nice to get in touch with my inner child every once in a while.