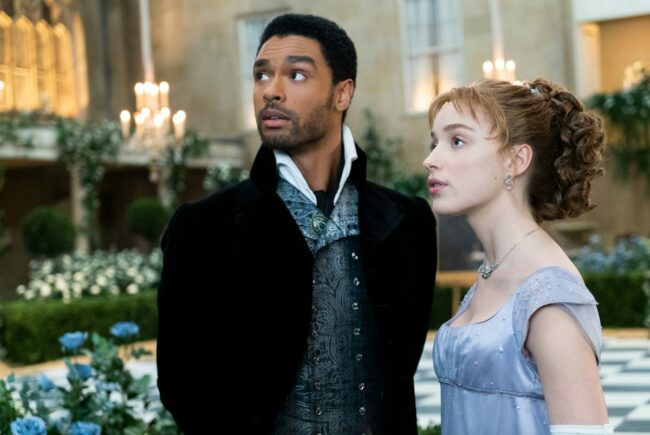 Netflix has dominated the streaming industry as a whole, but have you ever considered the company’s success? Fans prefer to binge-watch it because of the high-quality content and notable shows it offers. There have been a few The Top 10 Most Watched English Series on Netflix such as Stranger Things, Bridgerton, Wesnesday, Lucifer, The Witcher and more.

Season 4 of Stranger Things is currently the most popular show on Netflix, with an incredible 1.352 billion hours being watched in the first 28 days after its debut. When a show is doing well, Netflix will reveal how many hours were seen in the first 28 days from all over the world.

Wednesday, starring Jenna Ortega, was just revealed to be the third most watched series in the history of Netflix. Since its debut on November 23rd, the show has been watched for a total of 752,5 million hours by people all over the world. Here is a list of The Top 10 Most Watched English Series on Netflix which has given below in details.

Given the series’ meteoric ascent to fame in such a short length of time, Wednesday’s appearance on this list may come as a surprise. More than 752.5 million hours have been spent watching the series on Netflix in only two weeks since its debut, making it a leading contender to replace Stranger Things Season 4 as the service’s most-watched English series ever. No reasonable person would be surprised by this result.

The most watched show in English right now on Netflix is Stranger Things, and the most recent season to be added is the fourth. In the first two weeks after its release up May 2022, viewers clocked in a record 1.352 billion hours watching Stranger Things, season 4.

Here are Netflix’s ten most-watched English-language series of all time.Since the first season of Bridgerton was made available on Netflix, it has racked up over 625,49 million hours of viewing time. The number of viewers makes it the most popular show ever on the service’s English-language offering.

It’s safe to say that the second season of Bridgerton was one of 2022’s most successful releases, as subscribers watched it for a combined total of 656.16 million hours in the first 28 days after its debut. Chris Van Dusen’s Bridgerton, which he created, debuted on the service as the most popular option in 92 countries.

Since the show was so well received, it was able to run for more successful seasons. Consequently, viewers spent a total of 582.1 million hours consuming the third season upon its initial airing.

Approximately 569.4 million hours have been spent watching Lucifer, Netflix’s “jewel,” in its fifth season. The series as a whole has been a global phenomenon, and fans had high expectations for the next fifth season; this outcome appears to have been expected.

In the first 28 days after its release, The Witcher was played for an astounding 541 million hours. The Netflix original series The Witcher stars Henry Cavill, Anya Chalotra, and Freya Allan, and is based on a series of books by the same name authored by Polish novelist Andrzej Sapkowski.

Since its premiere on Netflix, the second season of 13 Reasons Why has been viewed for 496.1 million hours. Fans were able to generate excitement for a third season due of the first season’s success, even though the second season was not nearly as highly regarded as the first. Selena Gomez is an executive producer on the series based on the 2007 novel Thirteen Reasons Why by Jay Asher.

There is not the least possibility that the miniseries Inventing Anna was left off this list, as it was one of the most anticipated series of 2022. Viewership for the first month of the show was 511.9 million million hours, proving the show was a huge hit from the start.

The Netflix series Monster, which follows the life of serial killer Jeffrey Dahmer, has surpassed Narcos as the service’s most-watched programme. More than a billion hours have been watched on the streaming service in only sixty days. On December 6, 2022, Monster won the People’s Choice Award for Most Bingeworthy Television Show.