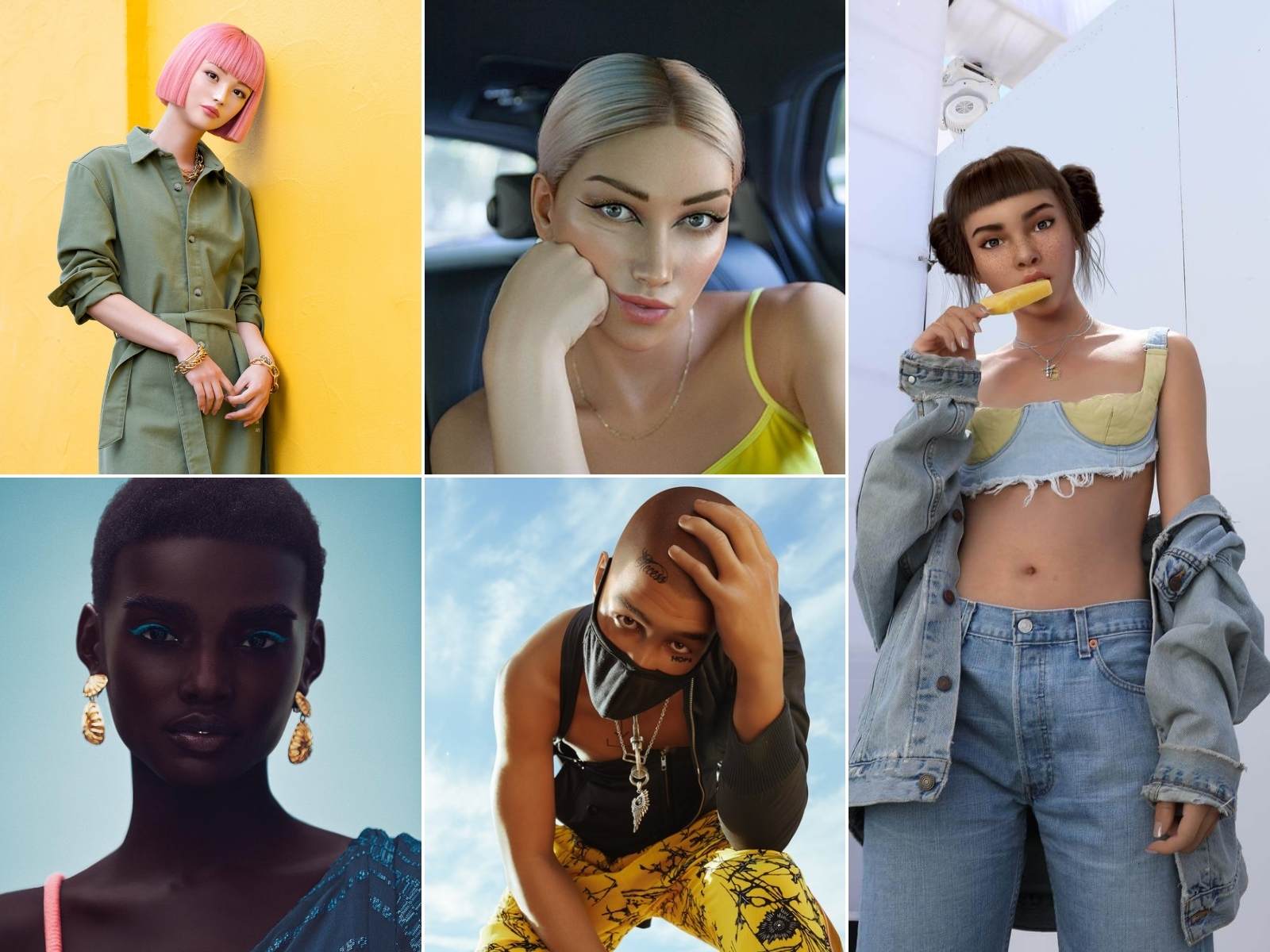 It is not surprising that Lu do Magalu ranks first on this list because she is presently the most well-known virtual human in the globe.

Her first public appearance was on YouTube more than a decade ago, when she promoted iBlogTV for Magazine Luiza, one of the largest retail companies in Brazil. She has since been featured in software tutorial videos, unpacking guides, and product reviews for this retail powerhouse.

Half Brazilian, half Spanish, Lil Miquela was one of, if not THE first virtual influencer to be created. The 19 year old is the brainchild of LA based start up Brud who specialise in artificial intelligence and robotics.

Lil Miquela has racked up a huge 1.6 million followers on Instagram to whom she shares her latest fashion looks as well as the new music she has released.

She has also collaborated with Samsung as part of their 2019 #teamgalaxy campaign, teamed up with real-life super model Bella Hadid for a Calvin Klein advert and has even been listed within The Times’ ‘Most Influential People on the Internet’ in 2018.

One of the most influential men in the world of virtual reality, Knox Frost dominates Instagram. The 20-year-old, according on his Instagram profile, was born in Atlanta. During that time, he gained over a million organic followers.His core demographic is made up of young American males in their twenties, however women make up slightly more than a quarter of his overall viewership.

Shudu was developed by Cameron James-Wilson, a photographer.Shudu’s appearance on Instagram sparked a lot of questions because to his photorealistic appearance.
Since her creation, Shudu has amassed an impressive 185k followers, earned a modeling gig with digital supermodel firm TheDiigitals.com, and become the newest member of the Balmain family.

One of the most divisive online figures, Bermuda is a former Trump supporter who has subsequently changed her mind. Cain Intelligence, pioneers in AI and machine learning, are often credited as her creators.
They started following her after her breakup with fellow influencer Blawko (we can’t believe we’re writing this) piqued their interest in their interrobotic romance.

Social networking is one area where H2R (Human 2 Robot) interaction is developing quickly, albeit it may be many years before people encounter robots in the street, at the gym, or at the table.
Fresh wave of internet personalities called “virtual influencers” are attracting millions of followers on Instagram from all over the world.

For those unfamiliar, just what are “virtual influencers”?

Virtual influencers, or CGI influencers as they are sometimes referred as, are fictitious computer generated “humans” who resemble real individuals in appearance and demeanour.
More and more of them appear on Instagram every week, and more and more firms are lining up to get part with this cutting-edge form of marketing.

How Do They Function?

All of them were made possible by anonymous but brilliant minds behind companies and individuals with an eye for innovation. They’re the ones responsible for expanding their Instagram followings and shaping these digital characters into famous people.

This character’s appearance, wardrobe, and demeanour were all deliberately crafted by the designers. They also get to pick who they hang out with, date, argue with, and work with in the social media platform Instagram. Even better, they get to keep all of the money they earn through endorsement arrangements.

The influencers are then composited onto arbitrary backgrounds by the content makers. If the virtual influencer is programmed to share a passion for travel, all they need is a high-resolution backdrop image of a far-flung place to fulfil a lifelong dream.

JoinPD.com – How to get Peardeck Login access complete guide 2022