Meta Stock: Everything You Need To Know About In 2022 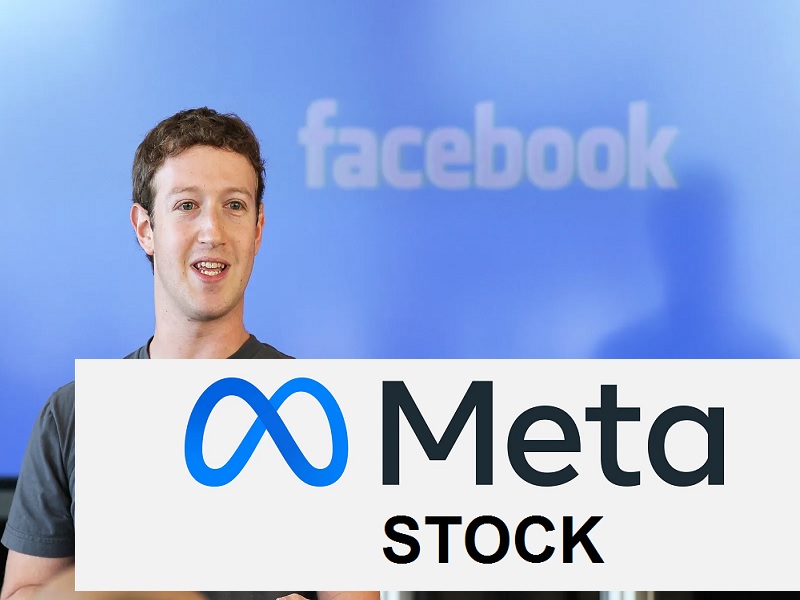 Meta revealed its first ever yearly loss in revenue earlier this week, the latest evidence of turmoil at the social media powerhouse, which has wedded its survival to the destiny of the supposed ‘future of the internet’.

Is Meta losing its way?

The corporation is spending billions into its virtual reality sector in hopes of Big-Banging the metaverse into existence, while back in the real world, revenue and user growth are slowing.

Mark Zuckerberg, CEO of Meta Platforms Inc, recently admitted to his employees that the world’s largest social network firm had planned for growth too optimistically, erroneously assuming that a spike in usage and revenue growth during Covid-19 lockdowns would be sustained.

Zuckerberg, responding to an employee query during a company-wide meeting on Thursday, said he had hired too rapidly and failed to account for the prospect of an economic slowdown, according to a source who heard the remarks.

The corporation is spending billions into its virtual reality sector in hopes of Big-Banging the metaverse into existence, while back in the real world, revenue and user growth are slowing.

In February, Meta reported its major platform Facebook lost roughly half a million subscribers over the fourth quarter from the prior one – the first such decrease in its 18-year history. The announcement prompted Meta’s stock to collapse 26% – the greatest ever one-day loss for a US business — wiping off more than $230 billion of its market value.

Despite having survived controversies that would have sunk less resilient businesses, Meta is now facing a “perfect storm” of three threats to its very existence.

Meta predicted a $10 billion loss in sales due to Apple’s modifications back in February. It protested the change, but it was the underdog in this fight, so there wasn’t much it could do.

David Wehner, Meta’s chief financial officer, said many marketers have started transferring their ad expenditures to Google and other platforms that are less dependent on Apple for user data.

Not exactly shy of imitating its competitors’ biggest features, Meta has been feverishly trying to transform Instagram into a TikTok clone for several months now.

It’s been doing this over the complaints of its users, especially the younger demographic. This week, though, the ‘Make Instagram Instagram again’ campaign earned a thumbs up from Kylie Jenner and Kim Kardashian, who are all but associated with the platform, with roughly 690 million followers between them.

The following day, Instagram head Adam Mosseri claimed to directly address their worries in a video, saying these feed adjustments were all merely testing. But Meta seems determined to move ahead with them regardless, with CEO Mark Zuckerberg indicating during the company’s earnings call on Wednesday that the changes would not just remain, but escalate.

One of the biggest changes happening in his company is that “social feeds are going from being driven primarily by the people and accounts you follow to being driven increasingly also by AI recommending content that you’ll find interesting from across Facebook or Instagram, even if you don’t follow those creators,” he said.

What’s prompting this shift? Needham analyst Laura Martin stated earlier this month that consumers changed their behaviour toward video amid the Covid epidemic. Compared to streaming services, video games, TikTok, and YouTube, “Meta is losing the battle for attention on mobile devices,” she wrote in a note to clients.

But by going on Jenner and Kardashian, Meta would be flirting with fire.

After a revamp in February 2018, Jenner announced to her 24.5 million Twitter followers that she was giving up the app.

“Okay, I’m not the only one who seldom, if ever, checks Snapchat. Or maybe it’s just me, but this is really depressing: “Those words were written by her.

Over the course of the next week, Snap’s stock value plummeted by $1.3 billion, and the company was never again considered the go-to social network for millennials.

Third, the antitrust issue is still giving me a headache.

There are multiple federal and state-level investigations against Meta’s anti-competitive practises in the United States, and countless more inquiries are taking on in other countries.

In an effort to disprove claims that Meta is a monopoly, Zuckerberg has pointed to the “extraordinary levels of competition” the platform confronts from rivals like TikTok, Apple, and Google.

But even if Meta isn’t split up, the mere possibility of antitrust litigation has made it difficult for the corporation to purchase its way to success.