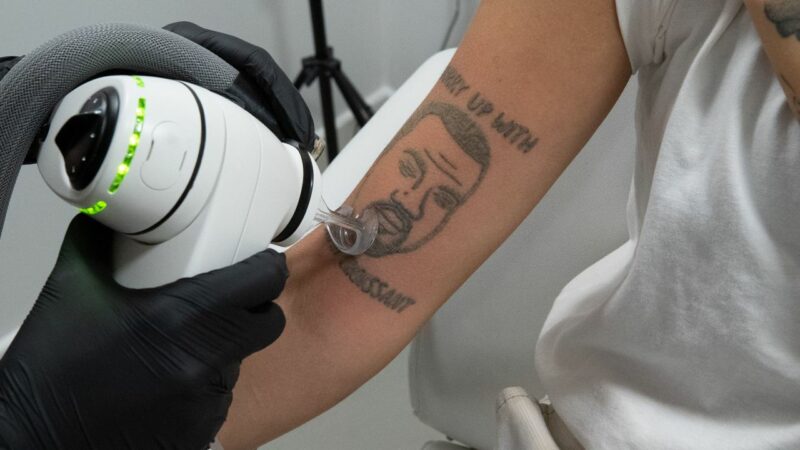 Trying to cover up a Ye tattoo? In London, you may get this tattoo covered up at no cost.

Free tattoo removal sessions are being offered by a London parlour to anyone who no longer want to display a Kanye West design.

Last month, Naama Studios advertised that they would remove the rapper’s (now Ye) tattoos for free.

Using the slogan “Yeezy come, Yeezy go,” the company later published footage of two satisfied customers who had taken advantage of the offer.

The caption said, “When you got a tattoo inspired by someone you respect and they wind up making headlines for all the wrong reasons…”

We know that tattoos can be upsetting for some people, and we know that not everyone has the means to get rid of them, the company told The Washington Post. According to the Post, ten or so people have contacted Naama for consultations about removing their Ye tattoos. It’s been said that the surgery can cost as much as 2,000 pounds ($2,400).

According to Garbett, one of the clients the studio is presently working with was the target of online harassment for getting a tattoo inspired by Kanye West.

This Kanye West-inspired programme evolved from the studio’s “Second Chances” effort, in which clients with gang tattoos, hate symbols, or other traumatic or triggering tattoos are offered free laser tattoo removal.