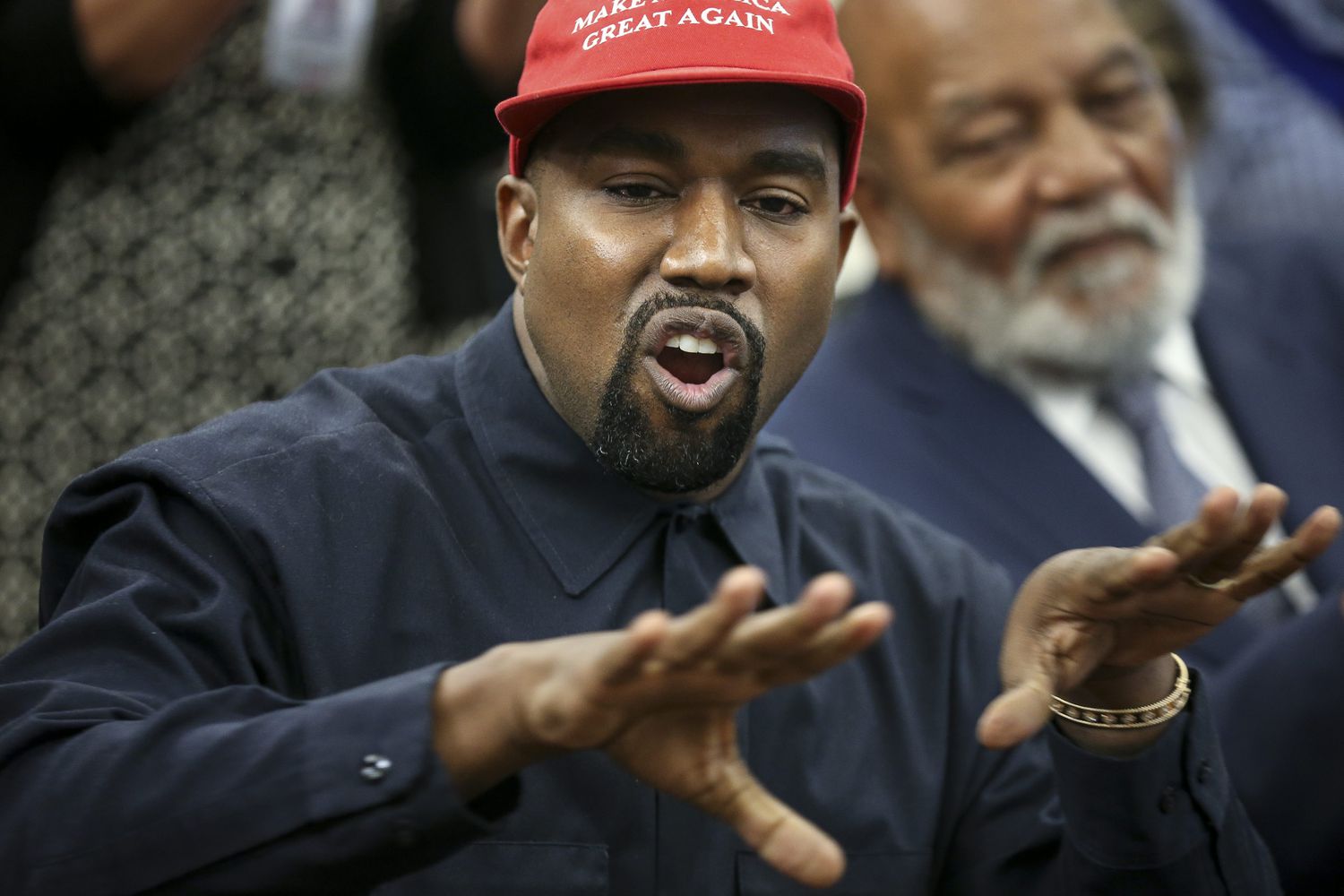 In addition to his out of tune, his companies, his intentions to be president of the United States or his marriage, now broken, with Kim Kardashian , Kanye West has become famous in recent years for his reborn religious fervor.

The musician and his family attended an imposing service that West organized every Sunday , with dozens of singers and a great staging. However, at a time when all facets of his life seem to be adrift, now this too is giving the rapper an upset. Because around 800 of those employees have filed two class action lawsuits for non-payments for which you may have to pay 30 million dollars, 25 million euros in exchange.

During 2019, the 43-year-old entertainer took his Sunday Masses across the United States, bombastic shows filled with music and prayer. He knew how to make a business out of it and his conversion to Christianity resulted in records and clothing lines.

Now it has been known that the workers of the same have denounced him because he has not paid them their jobs in full, nor has he taken charge of the overtime, as reported by The Sun newspaper , which has had access to the demands.

The point is that California employment laws are very strict in this regard, and consider that both the technical staff and those who perform are employees of that show, and not freelancers who are occasionally involved in it. For this reason, West is forced to take care of payments, breaks, meals something that he has not always respected.

West Brands, a Delaware-based limited company dependent on the musician, has received two lawsuits as of January 29, the first from 500 artists and the second from 300 technical staff.

However, sources related to the causes have assured The Sunthat this is only “the tip of the iceberg” and that more people and more causes will join; in fact, attorneys estimate that in total up to 1,000 people will join the complaint. A legal source states that there are “hundreds of people in it, but they are talking to many, many more.

People are very angry at how they have been treated, saying it was their worst experience. On the first page of one of the documents – also leaked by the British newspaper – you can read the different reasons for the demand: lack of current payments and overtime, to provide breaks for meals, to give adequate breaks, to paying or engaging in illegal business practices.

That same legal source cited by The Sun affirms that there are many people involved in the matter who are willing to talk about those “horrible moments” that they lived in West’s company. What they are trying to show now is that West was the employer of all of them.

“Nobody knows how involved Kanye was, if he knew what was happening or if everything was last minute, with bad procedures. Whether it was accidental, mismanaged or done on purpose, it’s a very powerful case. ” If he reached an agreement, West would pay around one million dollars (830,000 euros), but if he could not get to pay those 25 million euros.

West’s direct involvement is what is not clear, because what he usually does is choose the artistic format he wants to give his project and then delegate to his teams. Legal sources insist on this: “Surely Kanye West has not paid a bill for 20 years, he hopes his people will take care of it. But he can’t afford to go to trial, because he can find a jury that isn’t a fan of hers and just see a rich rapper ripping off normal people. “