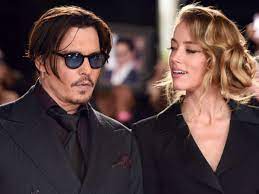 The actor sat for an Interview with ‘The Sunday Time,’ in the UK and for the first time spoke his heart out regarding this issue.  The Pirates of the Caribbean, 38 notably said there is a complete ‘boycott’ of him in Hollywood and also he discussed, ‘Minamata,’ his latest film. Minamata is soon going to be released in the U.S. release.
He said, “Some films touch people and this affects those in ‘Minamata’ and people who experience similar things. And for anything … for Hollywood’s boycott of me? One man, one actor in an unpleasant and messy situation, over the last number of years? But, you know, I’m moving towards where I need to go to make all that . . . to bring things to light.”
In the movie, ‘Minamata’ the actor will be playing the role as the W. Eugene Smith, a photojournalist, who visits the town of Minamata in Japan, during 1970s to document the effects of mercury poisoning there. Thus, the actor also said, “I didn’t approach playing Smith in that way . . . Although you bring your toolbox to work and use what is available. Having experienced . . . A surreal five years.”
Notably, Depp and his wife have been in the limelight of the media, due the divorce case filed by Amber in 2017. The actor was accused of domestic violence and has been adamantly denying all such all the allegations against him.
Later, in 2018, an article developed by the media company of U.K., ‘The Sun Newspaper’ labeled him as a “wife-beater” and hence he lost his libel lawsuit in November. Further, the Presiding Judge Mr. Justice Nicol, in a written statement, clarified that The Sun’s tag and article for Johnny was ‘substantially true.’
In March, he also argued on the original trial ruling and noted that it should be overturned. He furthermore, also termed the charity work of Amber as, ‘calculated and manipulative lie,’ as she pledged to donate off her $7 million divorce stellemant alimony. Thus, such kind os accussataion made ‘subliminally’ influenced the judge on the case and the court upheld the ruling.
This divorce critics badly affected Depp’s career as he had to leave the role of dark wizard Gellert Grindelwald, in the series of Harry Potter following his exit from the libel suit against ‘The Sun.’
This was not just end, he again created the disputes regarding the donation of his ex- wife to the Children’s Hospital Los Angeles and ACLU. All such disputes raised while the former spouses were fighting legally. He made such allegations related to the $50 million defamation lawsuit against the actress in the U.S. and later Amber noted about her survival from such traumatic dviolence.
The  Court obtained by the media red, ” The actor and his legal team have been asking both the ACLU and the Children’s Hospital Los Angeles to share how much Heard, 35, has donated.” These were accusations and allegations made by Johnny and his lawyers in New York, against Amber Heard.

Howver, in July 2021, the court granted the permission to Johnny to actually find out whether his ex- wife has really donated the money or not.  Hence, the organization was ordered to release the documents to confirm the donations of the actress.

Also, there was hearing transcript provided to the media by Elaine Bredehoft, Amer’s attorney and it read, “My client is still planning to donate one half of her total settlement to the ACLU and the other half to CHLA — and while it is undetermined what those payment schedules will be. Heard has already made the first payment toward the pledges and then some — specifically, more than a million each to the ACLU and CHLA.”

Her attorney also added and said, “We produced the documents from the ACLU on how much she has. She has always said she fully intends to continue to give the full $7 million, but she can’t do it yet. She will do it when she can. But she has given a significant amount to both.”

Later, in August, Amber too alleged her ex- spouse, for leading a online campaign via Twitter in order to harrass her and getting her fired from her work collaboration with ‘Aquaman’ and ‘L’Oreal.’
Additionally, the actor also has a worst struggling trauma of coping up with the consumption of ‘Drugs and Alcohol,’ in his past. At the age of 11, the actor began to consume his mother’s ‘nerve pills’ and later by the age of 12 he was badly adicted to smoking.
Also, in many of the interviews he has clearly mentioned and acknowledged the way he had poisoned himself with drugs and alcohol, for a long time. Once, Depp also said, “I investigated wine and spirits thoroughly, and they certainly investigated me as well, and we found out that we got along beautifully, but maybe too well.”

On the other hand, Amber Heard, lat month, welcomed her baby daughter, after keeping her pregnancy secret. The ‘Aquaman’ star also revealed the name of the baby, ‘Oonagh Paige Heard.’ The actress time to time, shares a picture of herself, holding the little girl via her Instagram profile and the Mumma- daughter duo looked very cute.

Heard commonly claims that she believes to maintain privacy and acknowledges keeping her personal life private. She realizes that ‘the nature of my job compels me to take control’ of sharing this good news.

The actress also revealed the birth of Oonagh Heard and wrote, “My daughter was born on April 8, 2021. Her name is Oonagh Paige Heard. She’s the beginning of the rest of my life.”

However, earlier in 2021, Amber shared her Legal victory over this battle. Further, the former pair’s split, the actress moved on with Elon Musk. Later, in 2018, she got separated from Elon as well. Since January 2020, Amber Heard is in a relationship with Bianca Butti, the popular cinematographer.