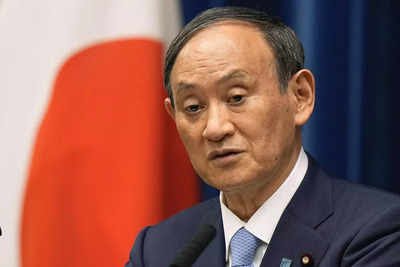 Japanese Prime Minister Yoshihide Suga on Friday declared that he would be stepping down from his office. It is because his support ratings proceeded to fall due to his administration during the coronavirus pandemic.

Suga, 72, announced that he would not challenge the ruling party’s power in a few weeks, before the November general vote, according to various articles. He said to his partners during a gathering that he would willingly concentrate on coronavirus efforts than a reelection attempt, according to The Washington Post.

Suga took the position after antecedent Shinzo Abe retired amidst health concerns. He had worked as leading Cabinet secretary and the principal speaker in Abe, government since 2012, the Post remarked. Suga’s approach to handling the pandemic has been faced with severe faultfinding.

Japan has suffered continuous record-high case numbers and regular tallies. According to the people he has not been able to handle the situation properly. His favor ratings fell under 30 percent by the end of August, according to Yahoo! Japan.

Authorities are announcing his departure proves that he has lost faith in the senior party people. More junior members of the ruling Liberal Democratic Party stated that they “cannot compete supporting Suga” in their state campaigns, according to regional media stories.

Suga told he chose to step down after weighing whether to continue a campaign while leading the pandemic hustles.

“Both need a tonnes of energy. … So I thought I should concentrate on steps to stop the speedy spread of COVID-19,” he announced at a press gathering on Friday, according to the Post.

The party’s power stated that they trusted Suga’s choice. “To be honest I am shocked, but I believe he made the choice after thorough reflection. We understand that it is not suitable for us to doubt him about it,” said Toshihiro Nikai, the party’s secretary-general. Suga’s term ends in September.