If You Love Me Do Not Come To See Me 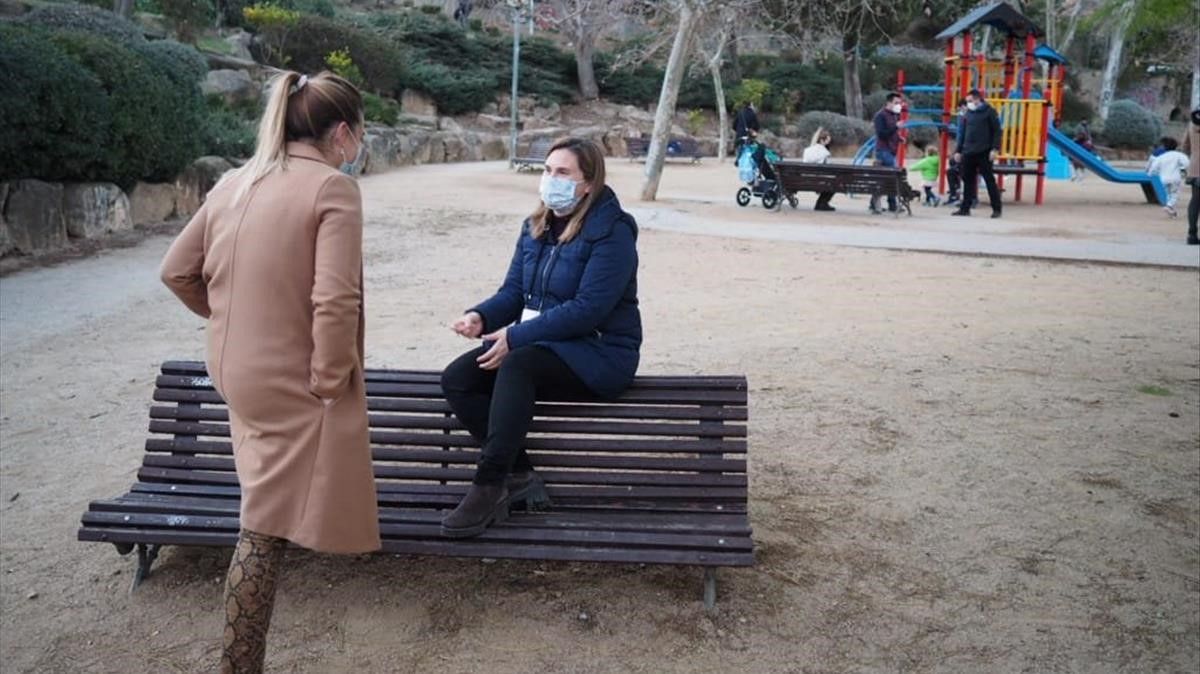 Yolanda Carretero suffers from multiple sclerosis and is considered a “person at risk”. Since the outbreak of the pandemic, this Badalona neighbor affirms that her “phobia of getting sick” has increased . “I no longer take the elevator with other neighbors so as not to catch it,” he explains.

Carter’s degenerative disease affects his eyesight; for example, you have to touch the door lock with your fingers to find out where to put the key, thereby increasing the risk of virus transmission. “So now I clean more than in my entire life,” he says.

“The news doesn’t help either,” says the woman from Badalona, ​​who confesses that she has stopped watching the news because “they sink her.”

According to the WHO, 60% of the world’s population suffers from “pandemic fatigue”, a psychological sequel to Covid-19 and the restrictions imposed on citizens, which has increased the feeling of isolation, insecurity, fear, exhaustion, anxiety or depression. “This Christmas I told my family: ‘If you love me, don’t come to see me, for my safety,’” says Carretero.

However, this Badalona neighbor has found a way to cope with her situation thanks to her dog. With Bassi, his four-legged friend, he has the excuse of going outside and meeting other dog owners in the pipicán of his neighborhood park and maintaining a little social contact. And it is not the only one.

A few meters from the enclosure for dogs, in the children’s area, Marta Castiñeiro and Núria Serra explain to this newspaper how they and their families manage all this “emotional cocktail”. “Everything is being very exhausting,” says Castiñeiro.

“You can’t make plans, locked up all day, teleworking, playing ‘Cinderella’ for the family. Saturday comes and what do you do? Well go shopping at the supermarket and that’s it. You can’t see your friends, you can’t spend time with yourself, ”laments this mother of two.

“To all this we must add the fatigue of being constantly connected at work, ” adds Castiñeiro. “And do not forget the WhatsApp groups of the parents, on permanent alert in case there is a child infected,” adds the other mother, Núria Serra. To alleviate this “pandemic fatigue”, both parents take their children every afternoon to the Can Barriga park, in Badalona, ​​a good outlet that serves the whole family.

“The children are part of the same bubble group at school, so we minimize the risk”, describes Castiñeiro. “Of course, the day we don’t go to the park, it’s a hecatomb for them,” jokes Serra. But it is normal, since many creatures have had their schoolyard limited, and they perform gymnastics and eat in their own classroom.

Young people are another group at psychological and emotional risk due to the pandemic. José Bonavida, Raúl Díaz and Jordi Roca are three friends in their twenties who keep in touch, too, thanks to their dogs.

“More than the party, what I miss is being able to socialize. But the worst thing I have is not being able to play basketball, ”says Díaz. “For me, what generates more stress is not having a job,” says Bonavida, who confesses to having “five times” in a year.