Honduran Migrants Are Homeless As Mexican Shelters Reject Them 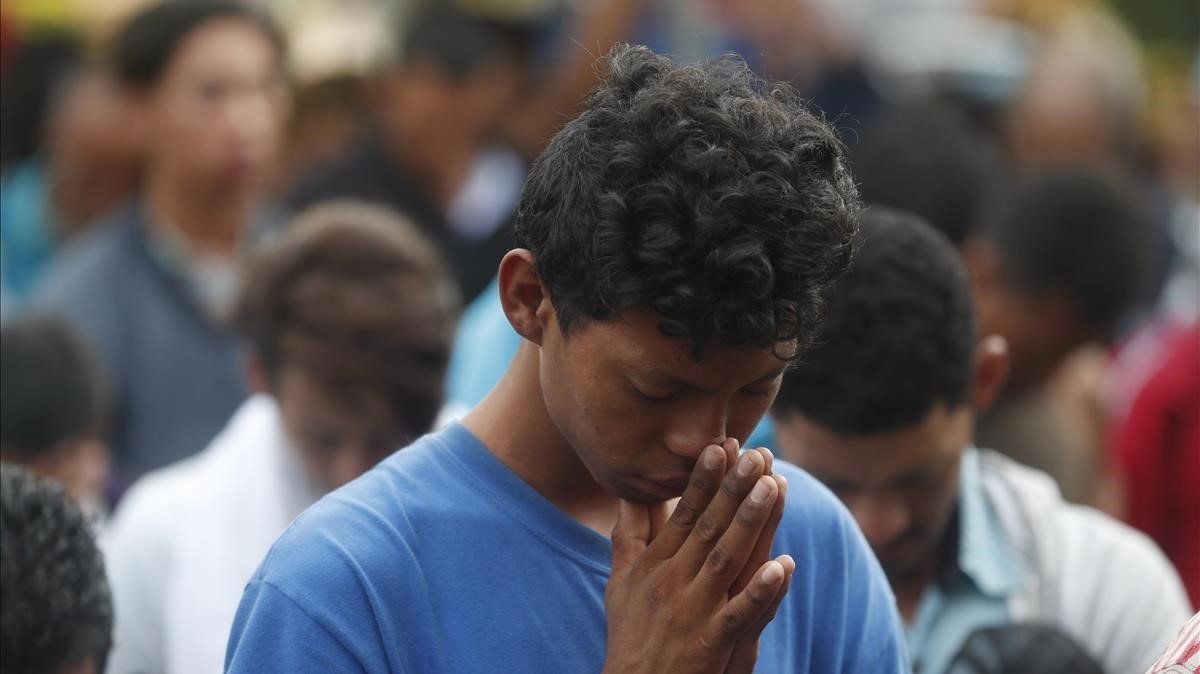 Honduran migrants stranded on the southern border of Mexico , which borders Guatemala, sleep on the streets of the state of Chiapas because shelters reject them due to a rebound in the covid-19 pandemic .

A few meters from the “Belén” shelter, in the city of Tapachula, the migrants stay in small groups at night, without food, with some sheets and cardboard, while others ask for alms to survive.

Hondurans explained to EFE that they have been sleeping on public roads for two months because they can no longer pay for a room and the reception centers throw them out due to the pandemic, which in Mexico accumulates more than 1.86 million cases and more than 158,500 confirmed deaths by the covid-19.

“We only ask the Mexican government to help us with the process so that we are no longer a hindrance to many people because many people miss us, because we are not from their country,” said Yelson Soriano, a migrant from Honduras.

Luis Gerardo Corrales, another migrant, pointed out that the police are driving them away so that they cannot sleep outside the shelter. “We are not committing any crime, we just want to rest, wait for the papers and move on,” he said.

In Mexico, migration has increased since October 2018, when caravans with thousands of Central American migrants began entering the country to reach the United States .

Although they have shown solidarity, the residents of the San Antonio Cahoacán neighborhood, where one of the main shelters is located, now asked the federal authorities to assist Hondurans in the face of the coronavirus outbreak.

Joel Feliciano Sánchez, a merchant from the area, expressed concern that migrants do not wear face masks . “We want to support the migrants so that they are given places where they can stay, so that they sleep with dignity because in the shelter they argue that there is no income due to the pandemic, but the part of the neighbors is being neglected,” he argued.

Marleny Jiménez Ríos, a businesswoman from the neighborhood, reproached the migrants for being exposed on the streets, because Chiapas now went on a yellow alert due to medium risk of contagion.

Alfredo de la Cruz Cordero, another of the protesters, regretted that the UN Refugee Agency (UNHCR) and the Mexican Commission for Aid to Refugees (Comar) did not expedite the procedures. Therefore, he argued that Tapachula, the most important city on the southern border, has become “a bottleneck.”

Cristian Ardavín and Alexis Gutiérrez, members of this organization, stated that this initiative arises from the rejection that Central Americans have suffered. “The conditions that these people live are very critical, since they do not have a roof, they do not have bathrooms and they have to sleep on the sidewalks,” Ardavín said.

The young man emphasized that the exposure to contagion is greater because the authorities do not resolve the asylum requests and leave them stranded for months at the border. “It is very sad and unfortunate that thousands have to migrate from their country to face many problems, for example, sleeping on the streets, not having access to food, lack of employment and a place to wait because many Tapachultecos think they are members of gangs, ”he said.

“I am very pleased that this is the position of President Joe Biden and that we can together carry out these actions to root the population in their places of origin,” said Olga Sánchez Cordero, head of the Ministry of the Interior (Segob) on Monday.