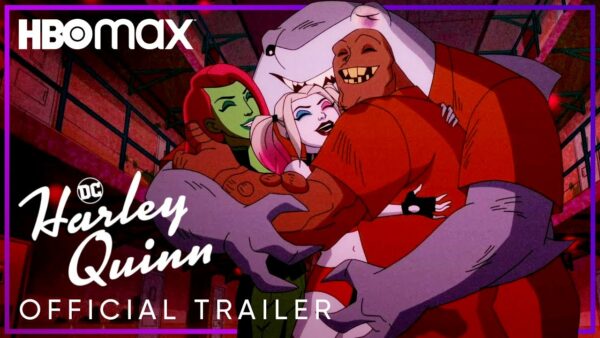 Check details about the fourth season of the DC animated comedy Harley Quinn, such as when it would be released, what it might be about, and who might be back for more.

The creator of Harley Quinn has already hinted at when Season 4 will release. Earlier Thursday, HBO Max revealed that new antics from Harlivy would soon be available to viewers on the service. People were ecstatic to learn that the app will be keeping one of its biggest crowd-pleasers around, and Patrick Schumacker joined in the online celebration.

Justin Halpern and Patrick Schumacker spoke after today’s announcement “HBO Max wants to continue Harley and Ivy’s narrative. Sarah Peters as our showrunner and Ceci Aranovich overseeing animation production have both greatly influenced the show from the start.”

“Patrick Schumacker, Justin Halpern, and their fantastic team of artists and writers have produced something so hilarious and original, and we’re happy to continue this adventure with them and the show’s fans. We couldn’t ask for a more skilled and passionate team of partners,” said Billy Wee, Senior Vice President of Comedy & Animation, HBO Max.

On September 15th, Season 3 will conclude, which could mean we won’t see a new season until 2024.

Cast: Who is returning in Harley Quinn Season 4?

Once again, we have heard nothing concrete about who will be coming for Season 4. There has been no talk of any
original actors either.

Schumacker and Halpern, when asked about the change, said, “we couldn’t be more thrilled that this next season will be in great hands with Sarah Peters as our showrunner and Ceci Aranovich overseeing animation production, as they have both greatly influenced the show’s brilliance from the very beginning.”

Season 4’s plot is still up in the air, but it will likely revolve around the crazy and extremely violent antics of the supervillain acrobat.

Peter Girardi, Executive Vice President, Alternative Programming, Warner Bros. Animation, said, “Three seasons down, I can’t even begin to imagine the turmoil and danger Harley, Ivy, and the group can get into with the fourth season.