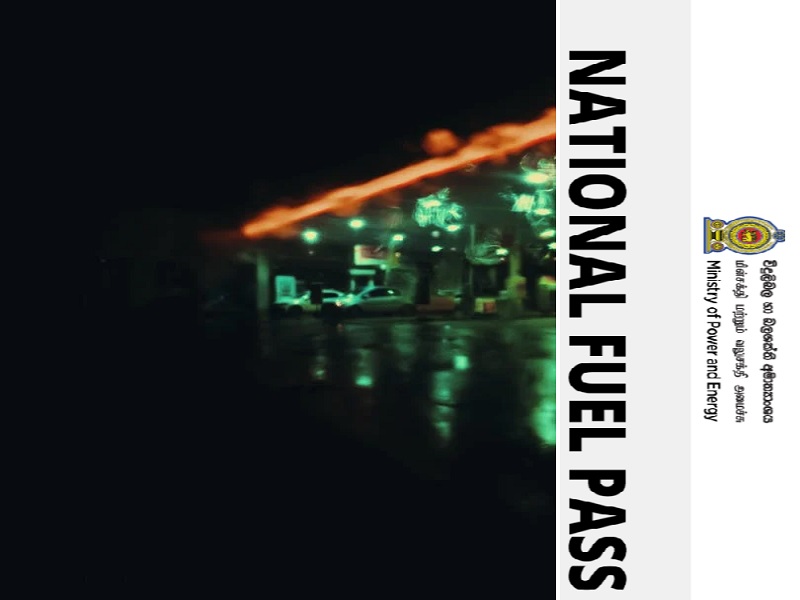 COLOMBO (News 1): The Ministry of Technology is asking people to sign up for the National Fuel Pass through the ICTA’s fuelpass.gov.lk website.

Jayantha de Silva, the Secretary of the Ministry of Technology, warned that fake URLs are being shared on social media that claim to be the link to sign up for the National Fuel Pass.

He also tells people NOT to change their personal information on these fake websites. Minister Kanchana Wijesekera said on Twitter that the National Fuel Pass QR scheme would start on the island on Monday, July 25.

Changes to the last digit of the number plate will go into effect on the whole island on July 21.

Sri Lanka’s Power and Energy Minister Kanchana Wijesekera said on Tuesday that the pilot project for the National Gasoline Pass or fuel ration card will start on July 21 in several places in Colombo.

On Saturday, the Ministry of Power made the National Gasoline Pass available to the public. This will make it easier for people to get fuel on a regular basis and stop hoarding.

Kanchana Wijesekera, the minister of power and energy, said at a press conference that the new fuel ticket will give each driver a week’s worth of gas.

Please Open The Link to learn how to sign up.

Minister Wijesekera said that by July 19, more than two million people had signed up for the system and received their QR codes.

Wijesekera wrote on Twitter that from July 21-24, the QR Code will be tested in many places in Colombo. The registration process will go on. The QR Quota trial project will start on July 21. The last number on a vehicle’s licence plate will be used to identify it. The QR programme will be used all over the island beginning on July 25.

So, starting July 21, the last number on the licence plate will be used to pay for gas all over the island.

But the minister hasn’t said how much gas each car will be able to pump yet. (19 July 2022, Colombo)