EMILY WILKINSON: WHO IS SHE AND WHAT IS HER STORY 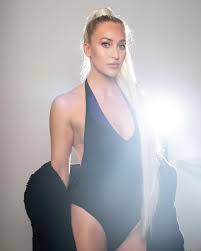 Emily Wilkinson is a former patient coordinator and a social media celebrity. She is most popularly known for being the wife of the famous American football player – Baker Mayfield. Baker is known for his contributions to the Cleveland Browns of the National Football League (NFL) in America. He is well known among American football fans.

SOME FACTS ABOUT EMILY WILKINSON:

Emily was born to Dave and Lori Wilkinson who were extremely hardworking parents. She portrayed interest in modeling career ever since a young age and has now transformed into an Instagram model with a great number of followers. She grew up with three siblings in the house. Two brothers and a sister. Her brother – Sammy Wilkinson has been under the limelight for being an American singer as well as a songwriter having been associated with a few very well-known artists.

She graduated from the Univesity of Nebraska – Lincoln in 2013 following which she worked as a patient coordinator at a plastic surgery unit. She is rumoured to be dating Baker Mayfield since 2018.

Making their first public appearance in a game in 2018, Baker Mayfield and Emily have been under the radar for a while. Their engagement announcement was made in June 2018 where they said they got engaged in a small private ceremony. They got married to each other in July 2019 in friends and family only ceremony.

Emily is now a popular Instagram model and has gathered quite a few followers for herself. Her photos often include pieces from a photoshoot or her glorious vacations.