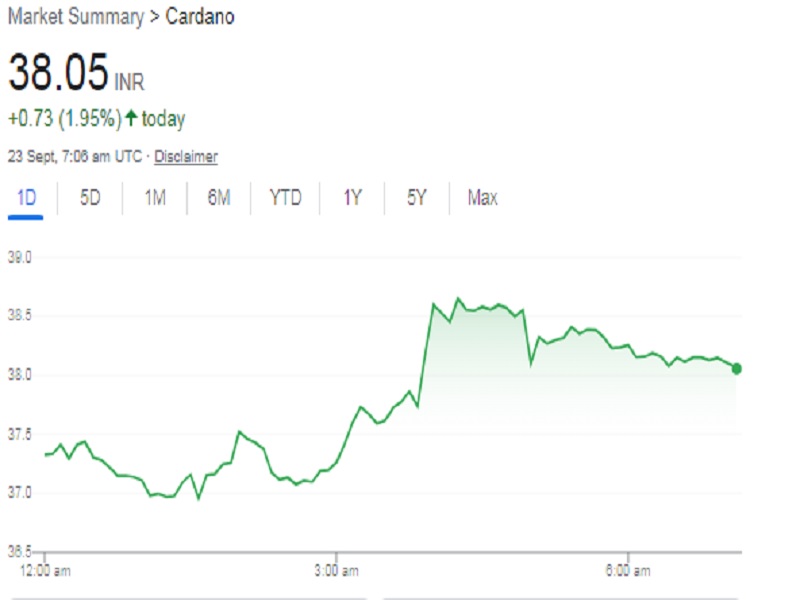 The Cardano network’s native cryptocurrency, ADA, has seen a 7 percent price increase in the last 24 hours, reaching $0.47. The launch of the long-awaited Vasil hardfork on Cardano coincides with the most recent increase in ADA price.

Recent Released: What Is Khaby Lame Net Worth? And His Biography 2022

Earlier today, Input Output Global (IOG), the company that controls Cardano, stated that the Vasil upgrade has been deployed on the Cardano mainnet. When taking into account the setbacks of the past few months, the latest launch is of critical importance to the Cardano community.

According to IOG’s press release

We are pleased to inform that the Cardano mainnet was successfully hard forked via an HFC event at 21:44:00 UTC today, allowing us to deploy new #Vasil features.

Developers working on the Cardano mainnet will have access to the enhanced features introduced by the Plutus script upgrades as of September 27. According to an IOG release, “the new Plutus V2 cost model will be live on the chain on September 27, at the start of the new epoch, hence opening up full #Vasil capability for the developer community.”

Major Victory for the Cardano Community

The Cardano team received praise from the crypto community for their seamless Vasil upgrade deployment. One of the most “complicated and impactful modifications to the #Cardano network ever done,” according to the DeFi platform Genius Yield. As the creator of the cryptocurrency exchange platform Abra, Bill Barhydt agrees that this is a significant victory for Cardano developers.

See also  What Was Choon Low Cause of Death? Who Was He And How Did He Die?

In a tweet, Bill Barhydt congratulated the Cardano ($ADA) team on the success of the Vasil hardfork. There has been more success as a result of diligent work in the field of cryptography. It is a huge win for developers if UTXOs and inputs can be used by scripts and Plutus without being spent.

And Now What, After the Vasil Hardfork?