Avatar: The Way of Water New trailer Out 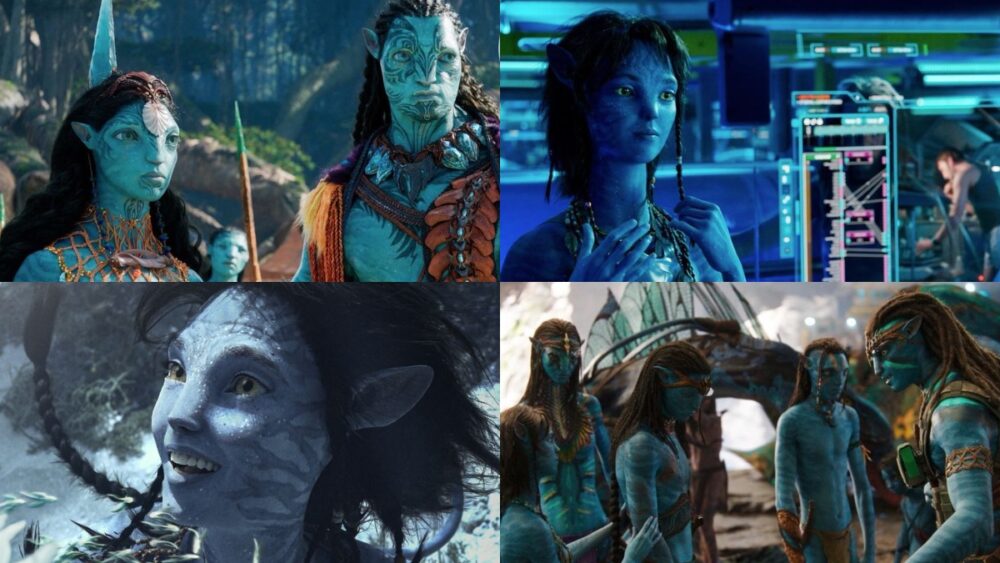 The footage revealed on Monday shows that Avatar 2 is one of the most costly movies ever made, with a reported budget of $250 million. Below is a trailer that deserves to be seen on a wide screen.

In the sequel, Jake Sully (Sam Worthington) and Neytiri (Zoe Saldana) are now parents and embark on a new adventure.

The trailer starts with the Na’vi soaring through the air on the backs of winged animals, before cutting to wide shots of the Na’vi’s breathtaking, resort-worthy underwater habitat. After seeing Sully’s extended family having fun, we observe robotic intruders presumably advancing towards the Na’vi’s coastlines.

Based on a plot that “takes place more than a decade after the events of the previous film,” Avatar 2 “tells the story of the Sully family, the peril that follows them, the lengths to which they go to keep each other safe, the battles they fight to stay alive, and the tragedies they experience.” (20th Century Studios.

Although the new teaser doesn’t give much away in terms of narrative, it does give us a nice glimpse at Sam Worthington’s Jake Sully, a human who abandoned his body and became one of the Na’vi blue aliens for good in the original movie.