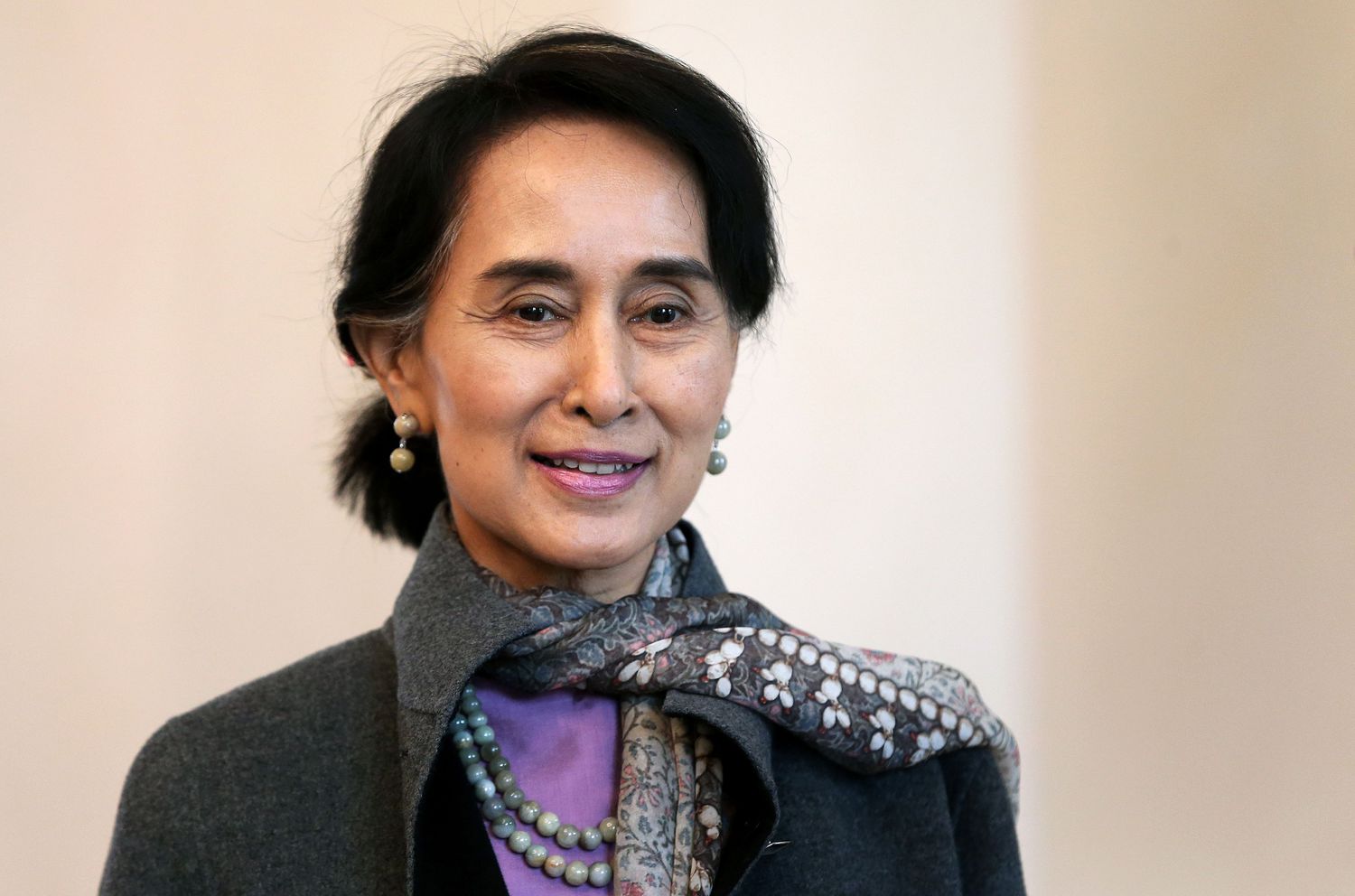 Myanmar has put its first card on the table. He has accused the de facto head of the civilian government, Aung San Suu Kyi, 75 years old and arrested at the beginning of the coup, of violating the import and export law. The Nobel Peace Prize winner will continue to be arrested for 15 days.

According to Burmese police documents released this Wednesday, during a search of Aung San Suu Kyi’s home after her arrest, radio wave tracing devices were found that the State Councilor had allegedly acquired abroad and introduced. in the country illegally.

The Lady, as it is popularly known, had been using them, according to the prosecution, without the necessary license. Myanmar only authorizes the use of such devices to the security forces and the Government, and illicit employment can lead to up to three years in prison, reports Efe.

The deposed head of state, Win Myint, 69, a political ally of the Nobel laureate, also faces another three years in prison. He has been accused, according to his party, the National League for Democracy (NLD), of violating the national law on natural disasters.

According to this version, collected by the independent digital Frontier Myanmar , he is credited with having broken the regulations of the fight against the covid pandemic by waving outside the presidential palace to an NLD convoy that was passing through the street.

If the charges are upheld and the two leaders are tried and found guilty, it would be a disaster for the NLD, whose overwhelming victory in the November 8 election precipitated the military coup. Neither Aung San Suu Kyi nor Win Myint could stand as candidates in the elections that the board has promised to hold in one year.

And the League would have to oust its two top leaders to maintain its legal party status. Quite a problem for a political formation that has based its success on the immense national popularity of the Nobel laureate, which has been controlled with an iron hand by her for years, and which lacks alternative candidates for a hypothetical succession.

Calls for civil resistance multiplied on Wednesday in Myanmar , the former Burma, two days after the coup . In an environment of uncertain calm – “the calm before the storm,” as described by E., a Spanish resident in Yangon, the economic capital, who prefers not to identify himself – doctors in public hospitals have stopped treating patients in a gesture of protest; On Facebook, the newly created Civil Disobedience Movement group accumulated nearly 150,000 followers.

Outside the country, the United States has officially described the military coup as a “coup” , which opens the way for the imposition of unilateral sanctions against the country’s proclaimed new leaders.

Inside, according to Frontier Myanmar, the nearly 400 deputies from the National League for Democracy, La Dama’s party, who were still under arrest in an official residential complex in Naypidaw, the capital, have been ordered to return to their homes. addresses within a maximum period of 24 hours.

Activity is frenzied on social media, especially on Facebook – the most popular in former Burma – to call for a protest against the military coup. In the streets, according to E., the situation is radically opposite to that experienced on the internet. “Apparently there is a total tranquility, a strange calm that nobody believes,” he says.

The feeling is one of uncertainty; Rumors abound, but there is hardly any proven information. The cuts in telephone services and internet interruptions in the first hours of the coup did not help.

“Among the people, the feeling is, above all, sadness,” explains this international worker. On Monday, as the scope of the blow transcended, he saw people shedding tears. Others declared themselves incapable of living another day under a dictatorship, after which it perpetuated the military in power and made Myanmar one of the poorest countries in the world between 1962 and 2011.

“During the day, the appearance is normal. At dusk, although an official curfew time has not been declared, everyone leaves for home, the panorama becomes deserted ”, explains E.

As part of the measures to return the country to its routine activity, it has been announced that, despite what had been initially disclosed, the Yangon airport will reopen this week and the repatriation flights of Burmese trapped abroad by the covid pandemic.

The former Burma has also lifted internet restrictions imposed in part of the Rakhine States – home to the Rohingya minority – and Chin (west) since 2019, which ends the blockade considered the longest in the world, according to Efe.

On Tuesday night, for the first time since the round of arrests, Yangon experienced a great pan – according to Burmese tradition, that metallic noise scares the demons away – against the military authorities, which could be heard throughout the city along with shouts of “ Long live Mother Suu! ”.

This Wednesday, according to the Movement for Civil Disobedience in Myanmar on its Facebook page , at least 70 hospitals and medical departments in 30 cities, including Yangon, have suspended their activities. In the networks, numerous photos of medical personnel circulate with a red bow on their lapel, in protest, and three fingers raised.

The statement of medical personnel distributed by the movement accuses the Tatmadaw , as the Army is popularly known in Myanmar, of having put its interests before those of the 55 million Burmese, an impoverished and vulnerable population during the COVID pandemic.

“We refuse to obey any order from the military regime, which has shown that it does not care about our poor patients.” “We will only obey the government that we have democratically elected,” they stress.

The new military junta has promised to call elections within a year and hand over power to the winner, although it has not released any kind of roadmap to get there. The armed forces justified the coup by accusations of a “serious electoral fraud” – rejected by the National Electoral Commission – which was perpetrated, according to the army, in the November 8 elections. The NLD prevailed overwhelmingly and won 346 deputies in the lower house, for only 33 for the parties that support the Tatmadaw .

On Tuesday, the UN Security Council held an emergency closed-door session on the situation in Myanmar, although it failed to reach an agreement among member countries over the blockade of China, its main trading partner and political ally of its neighbor. from the south.

In Beijing, Foreign Ministry spokesman Wang Wenbin insisted on Wednesday that “it is incorrect to say that China supported or consented to the coup in Myanmar.”

In a statement, the G-7, which brings together the seven most developed economies in the world, and the European Union on Wednesday expressed their condemnation of the coup and demanded the release of the detainees.